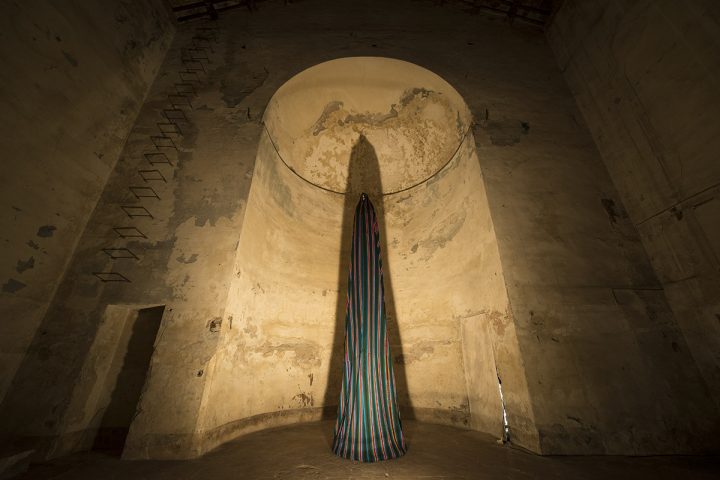 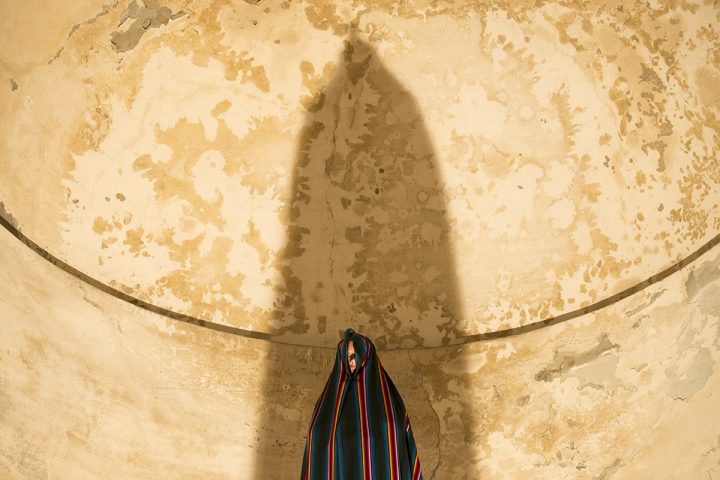 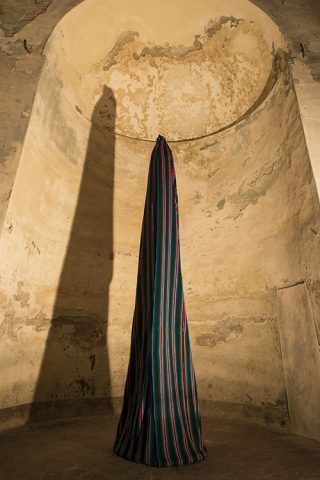 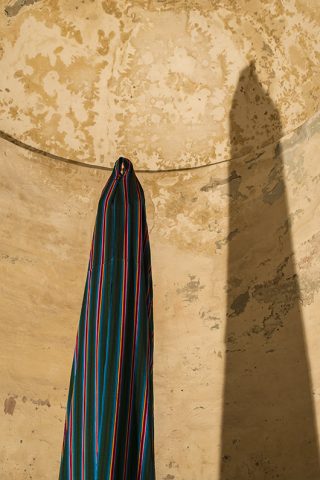 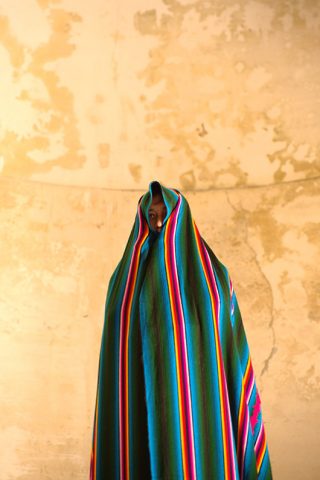 It happened in Guatemala, in a military patrol called Sepur Zarco, situated between Panzós, Alta Verapaz and El Estor, Izabal. It happened in the eighties, in the midst of our cruel war that lasted thirty-six years. The Guatemalan Army kidnapped a group of women for the purpose of enslaving them, and during the days and the nights they raped them in addition to forcing them to cook, clean and complete various different types of chores. Thirty years later, the Q’eqchies women, the survivors, brought the men most responsible for these crimes to trial.

During the trial, the women wore perrajes[1] to cover their faces for fear of retaliation. The day that the women won the trial, they uncovered their faces in a gesture of victory. The women had won a historic trial, achieving a 120 year sentence for Steelmer Reyes Girón and a 240 year sentence for Heriberto Valdez for crimes against humanity in the forms of violence and sexual slavery.

Ascensión is a private performance in the Church of Chiesa di San Matteo in Lucca, Italy. The performance is a tribute to the Q’eqchies women, to their fight, and to their courage. The 10 meter long perraje was handmade by Guatemalan Maya women specifically for this occasion.

Special thanks for Moni Oseida for her support in achieving this project.
Photography Veronica Alessi, Duccio Lucchesi.

[1] A shawl, wrap, or blanket; an essential part of the female Maya attire with various uses (for example, it can be used as a head-covering, as a way to carry a child on one’s back, or as a coat). In each village, the perrajes are used differently.