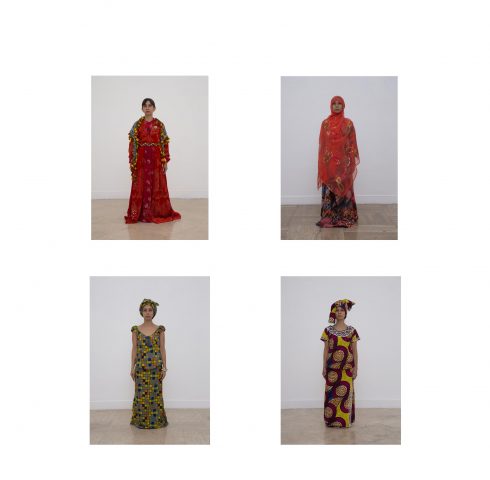 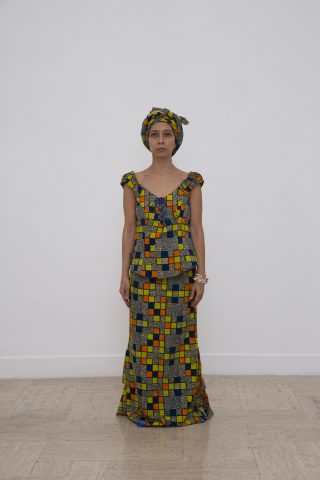 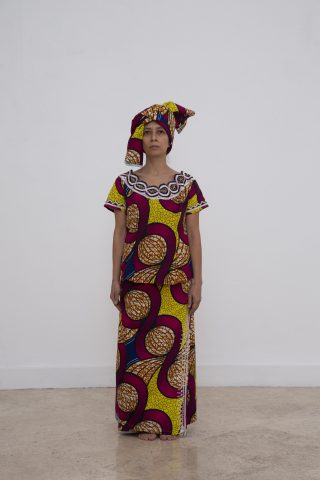 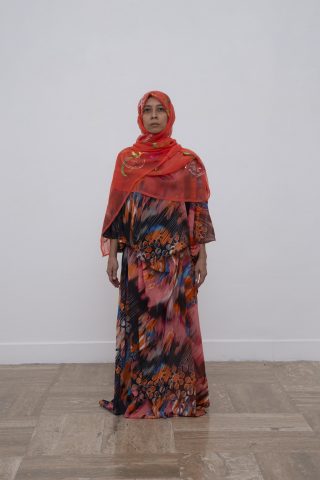 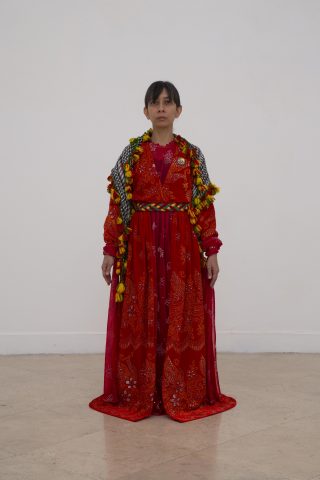 “Lavarse las manos” talks about Migration trough the testimonies of the protagonists. It’s a relational artwork developed with refugee women in Italy, from which a performance and an exhibition were made, in which Migration is faced from a Genre perspective. The artwork tries to modify the Eurocentric vision from the other, involving the audience into a gesture that calls to being responsible.

“Lavarse las manos” begins in Rome, with the meeting of women from different countries – Guatemala, Republic of Côte d’Ivoire, Congo, Turkish Kurdistan, Somalia – and from the words they have exchanged intimately; it comes from human and feminine closeness, the unbelievable similarity of the events in their countries, from similar urgency of migration, from the violence against women and the human exploitation in the economies at the service of the World Powers that, in the post colony era, control the pieces in a neocolonial board.

In intimacy, the refugee women invited to participate have decided to donate their own life story, receiving in exchange the open listening space that the artist has.

In the action made by Galindo, the power is in whoever choose to tell it’s own story, in the act of donating, according to the way of economy enounced by Marcel Mauss (1924). The gift of telling – that is a narration and the action of narrating – is expected to be reciprocated. That’s how during the performance – In Madrid is shown as a video – during the narration of the refugee women, the artist is standing still, dressed with the relative traditional dress, without doing mimesis, but letting see the metaphoric differences of size, where it’s also shown the rejection of appropriation and cultural submission

In it, there’s no Identification but empathy. It shortens the distance letting us understand that we couldn’t wash our hands about how much we’ve shared, by conscience or by the sense of history.

The title of the artwork has its origins in a biblical expression and in the fact that in the original version of the performance done in Rome, before it happened, the audience was asked to wash their hands. The actions was also necessary to access to the exhibition that happened after the performance. Using the reference of the daily gesture, the artist made a process of making the audience responsible, proposing issues about the normality of indifference, with the intention of showing prejudices, comfortable unconsciousness or paternalisms.

Power belongs to the refugee women, strong survivors who confessed their tiredness, fighters who have shared each other their suits, which are like fabrics with writings in which their experiences are printed, and the history of their countries as well.

Regina requested the story to be told In their native language, not In the official language from the country they were: A precise act that goes through the rejection of the supremacy of the others, and at the same time betrays history and the constrictions suffered. From the story told by the women, in fact, words in French, English, and Turkish came up, showing a further lever of dominant influence. Language is a formalization of thought. Choosing the language, is therefore, an act of decolonization that shows the transformation suffered and at the same time expresses the adaptation to the acts of history or the resistance to them, like Is evident In the case of Kurdish language.

“Frequently, history Is written over the body of women”, repeats the artist, who stops over gender violence as an act of power and control, as a terror strategy, as a submission exercise; In “Lavarse las manos” It shows up from the stories of torture and sexual violence, but also from common practices as the Imposition of marriage. It shows the political and cultural patriarchy.