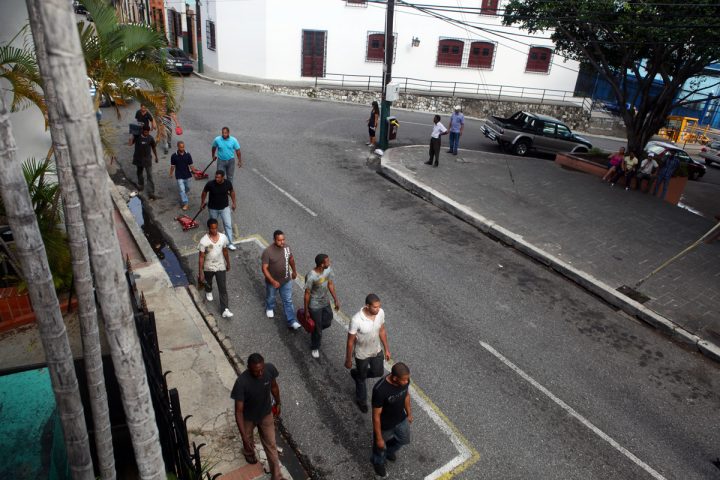 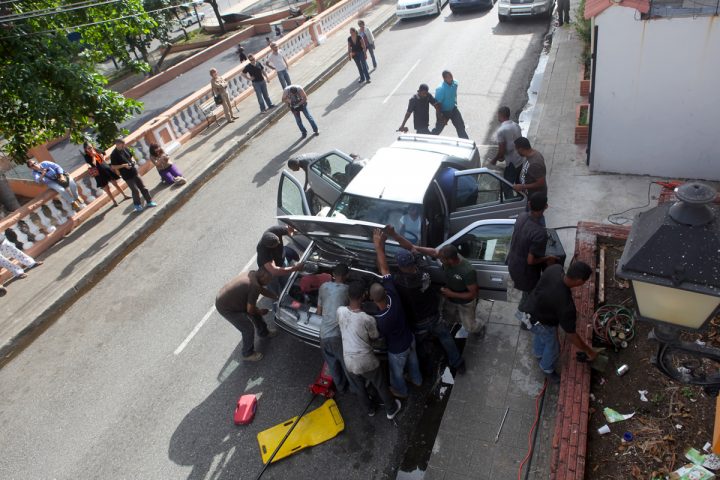 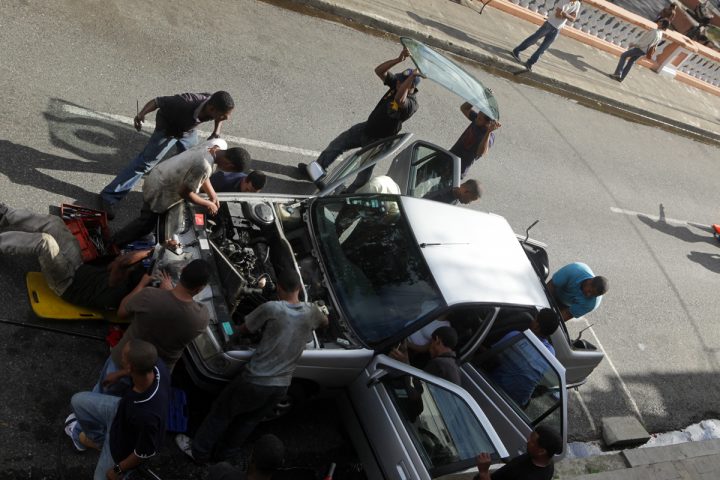 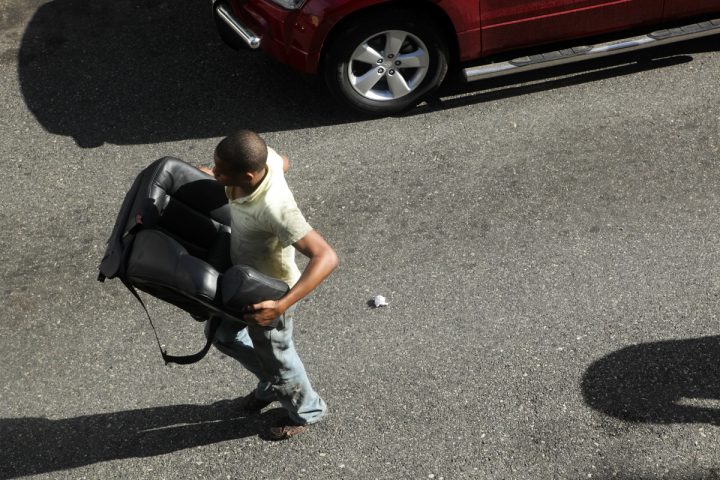 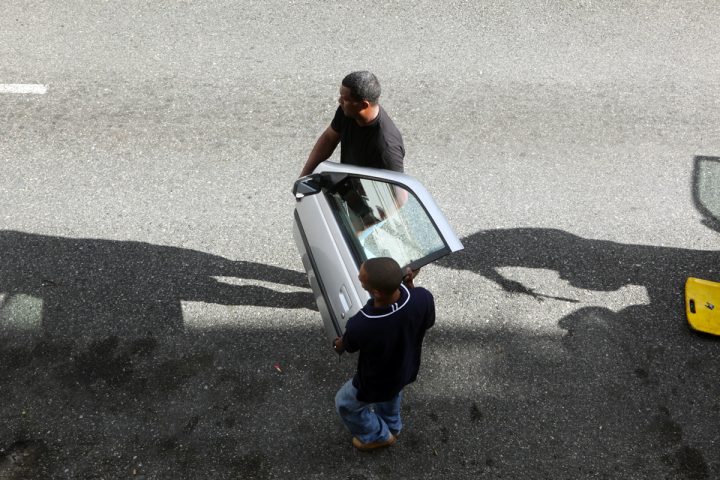 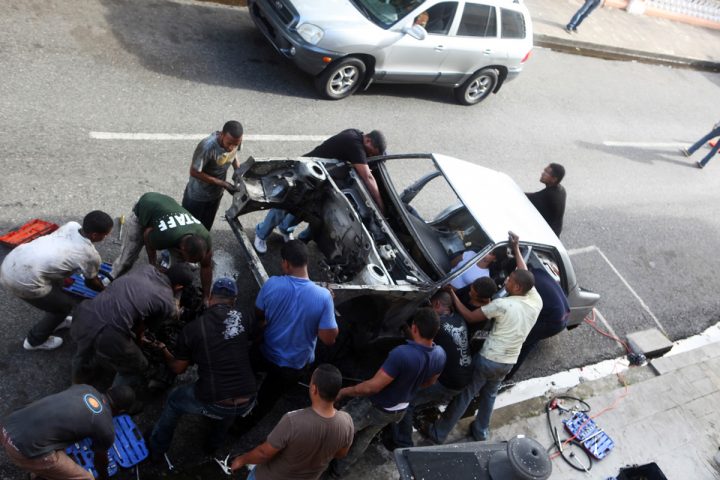 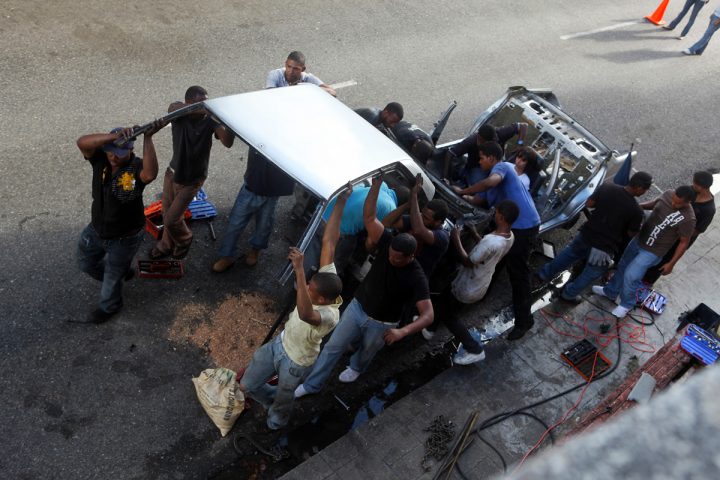 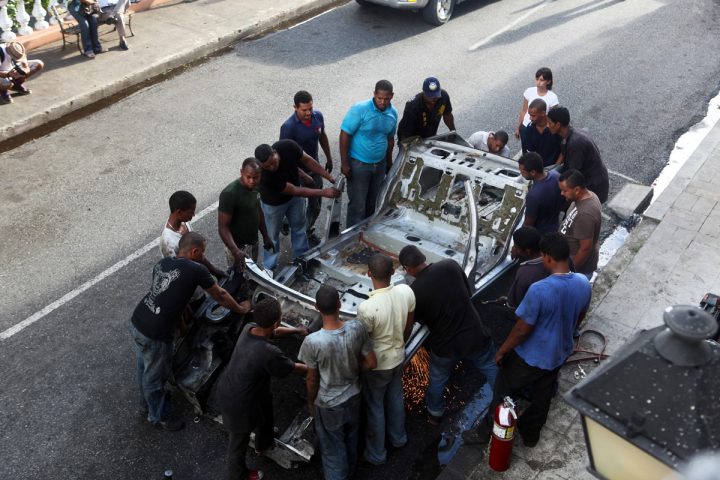 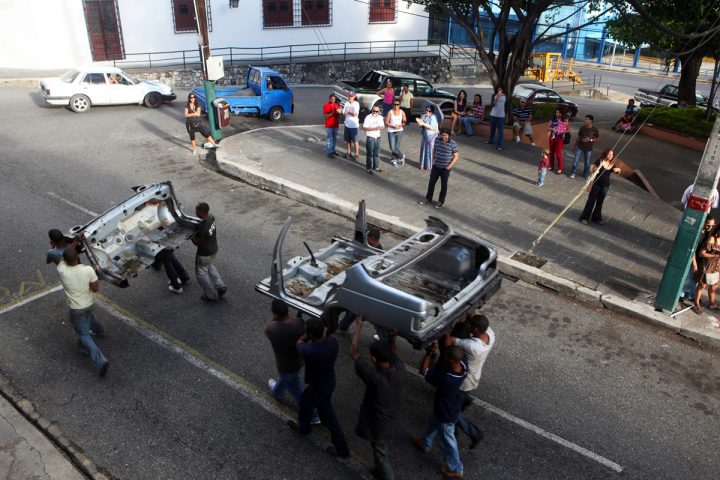 One imagines the Caribbean Sea
Like an anthill that devours the Antilles.
— Homero Pumarol

Action that consisted of the complete dismantling of an automobile, in a public road and with the driver inside. A team of twenty-one men approach me when I park, and they begin to dismantle the car, piece by piece, until it has completely disappeared.