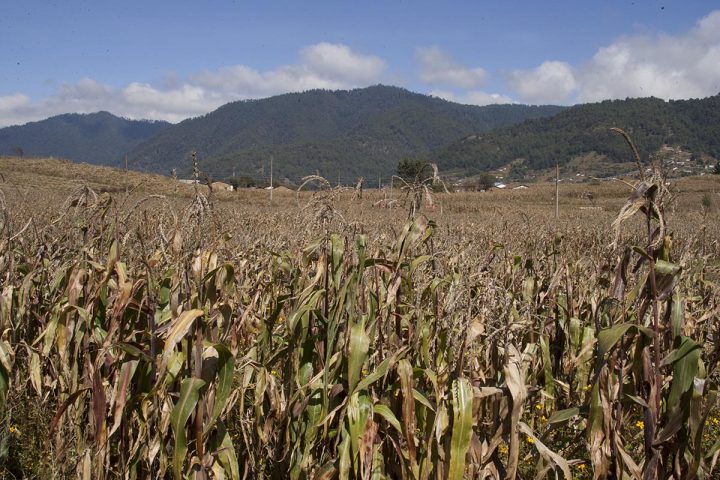 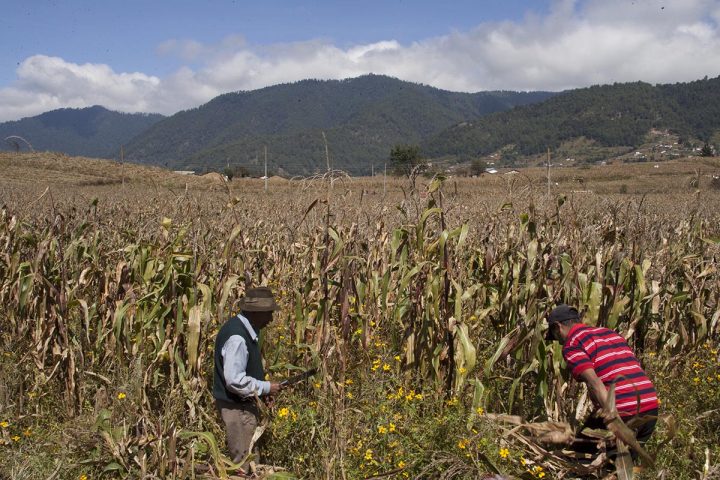 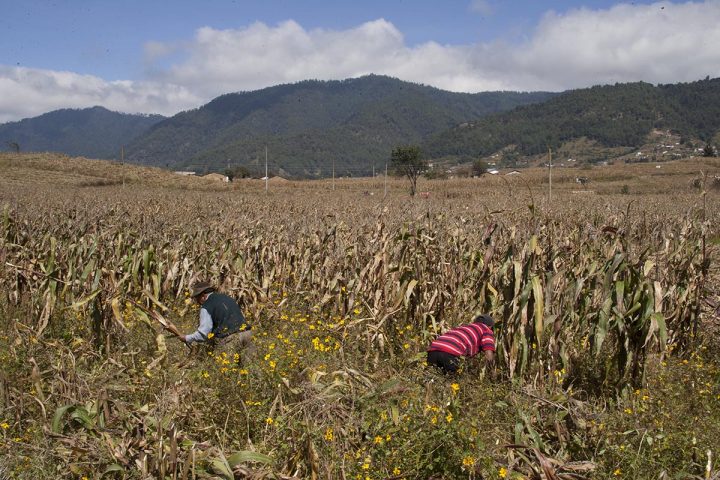 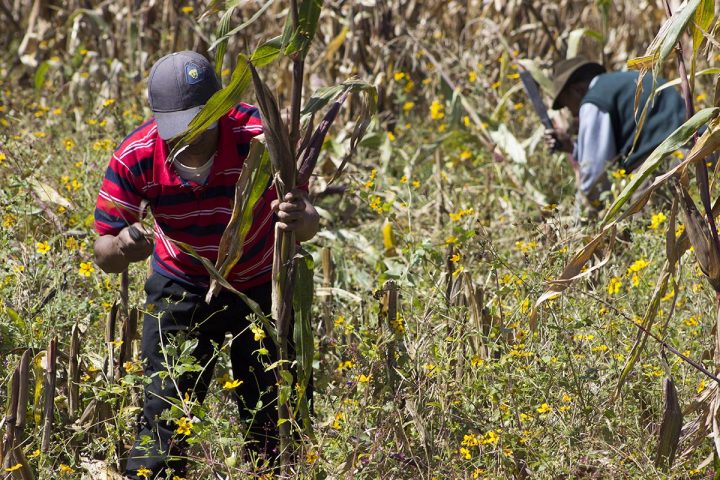 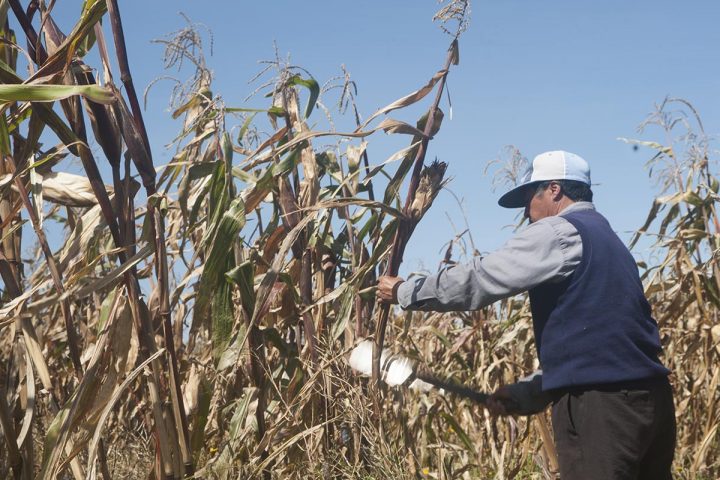 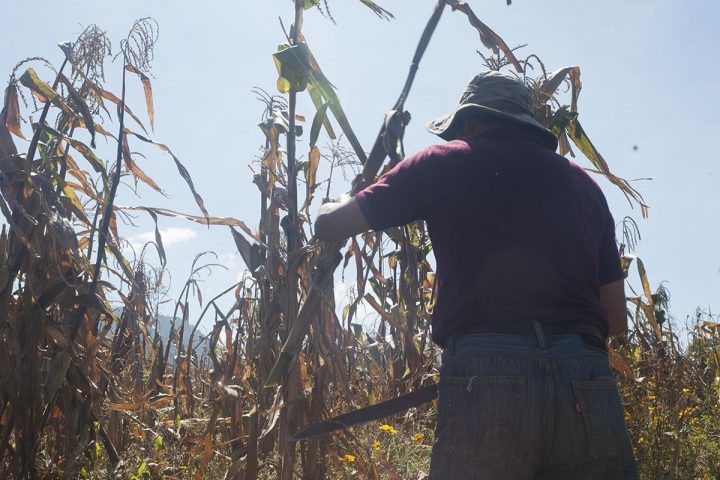 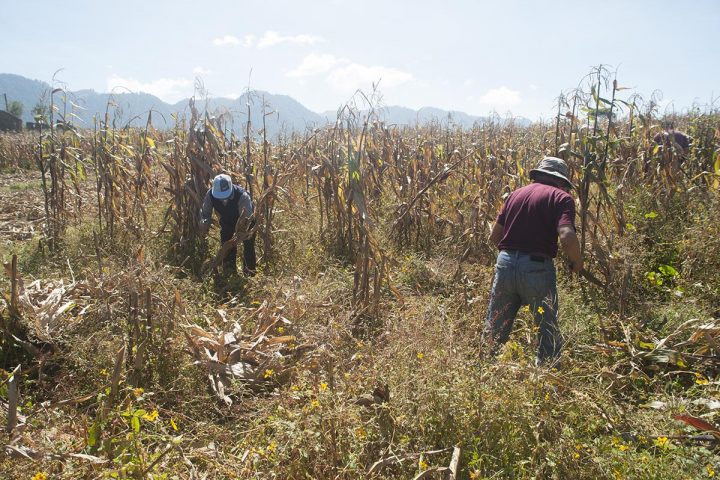 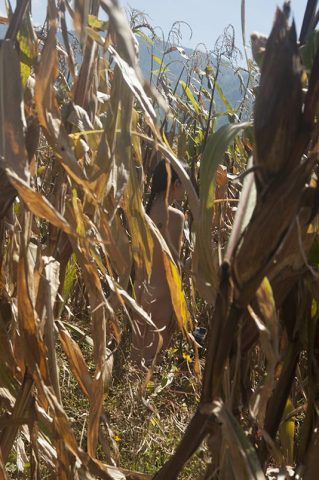 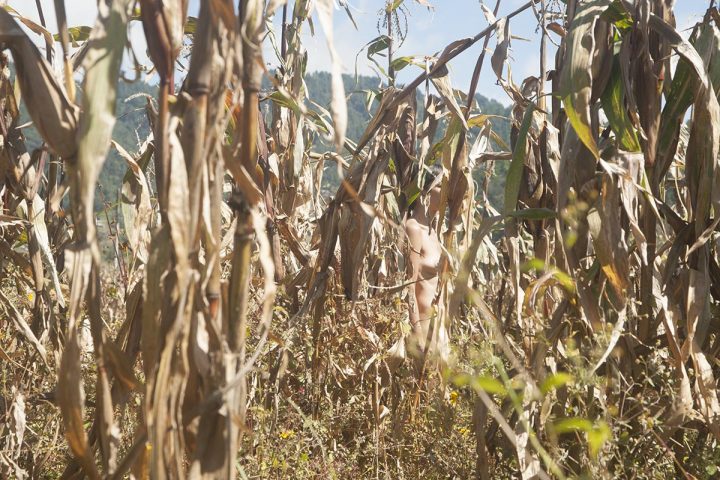 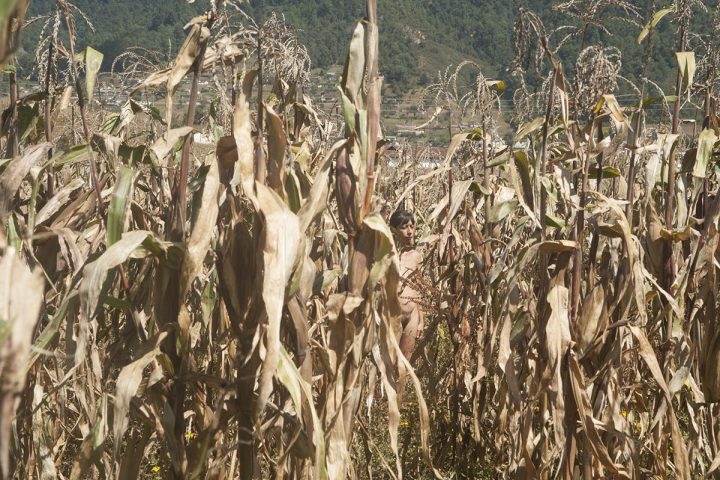 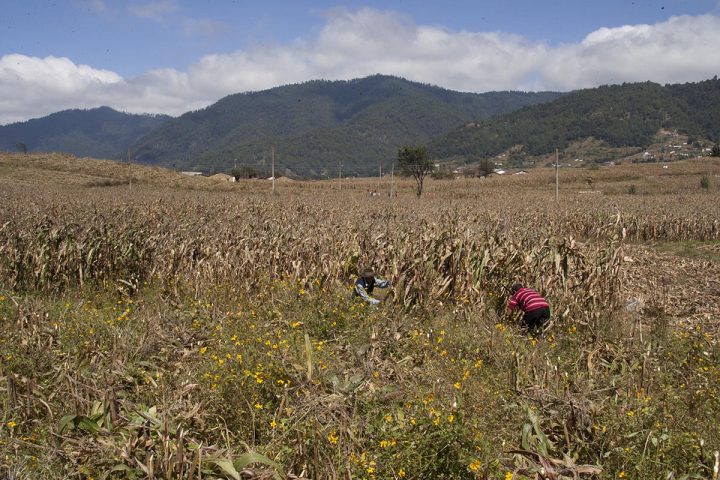 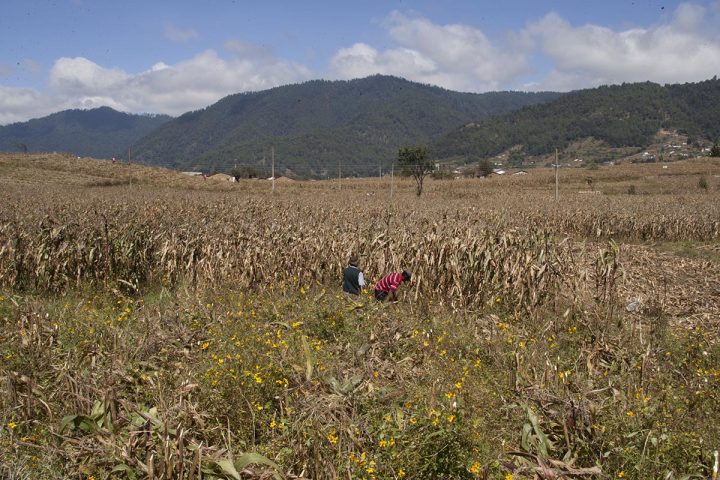 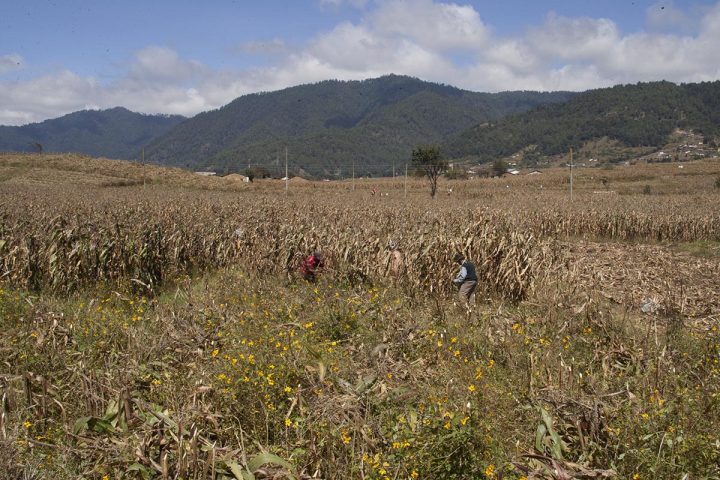 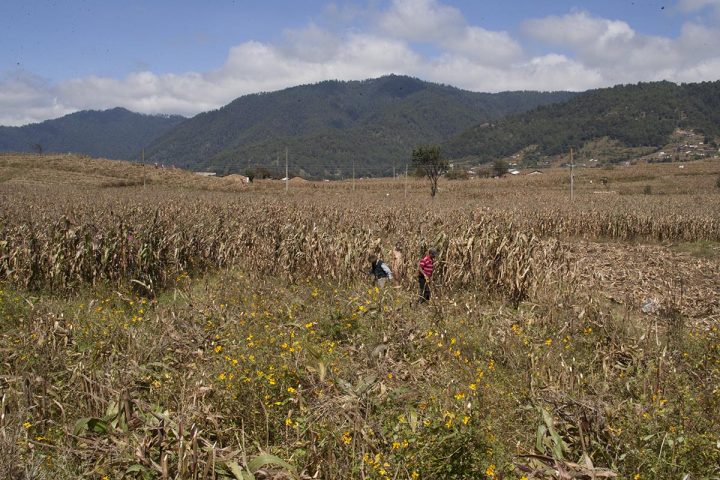 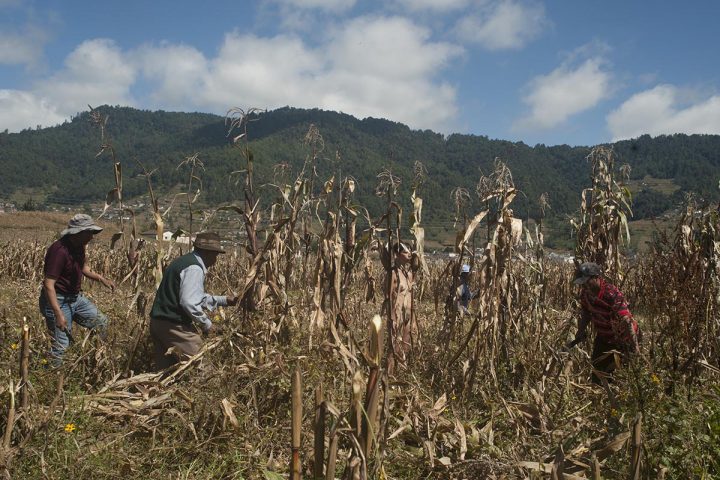 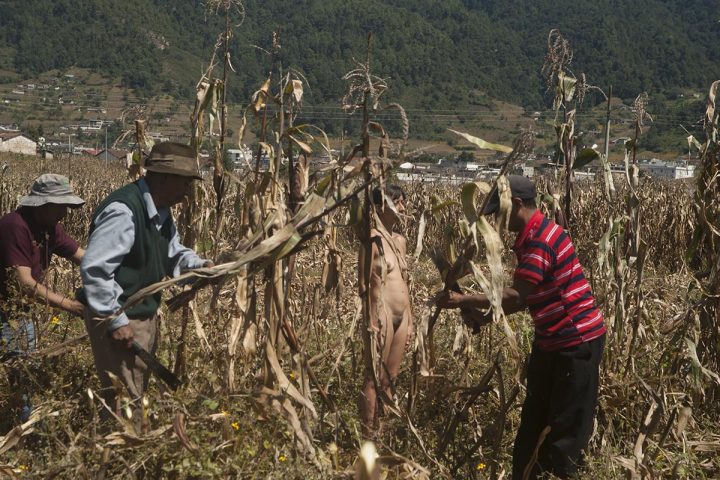 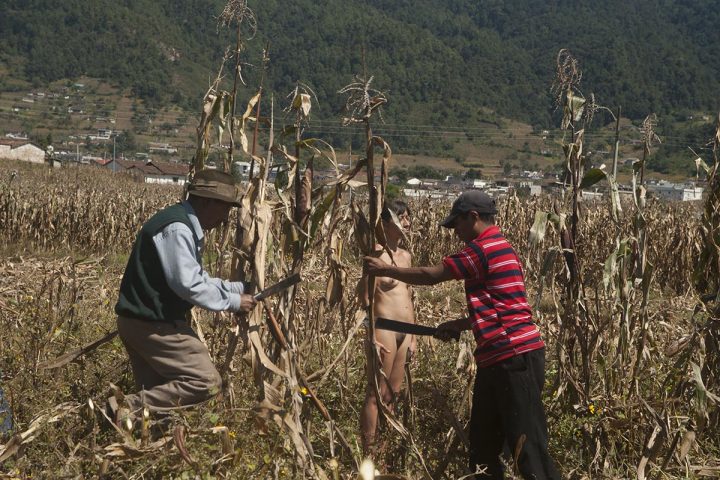 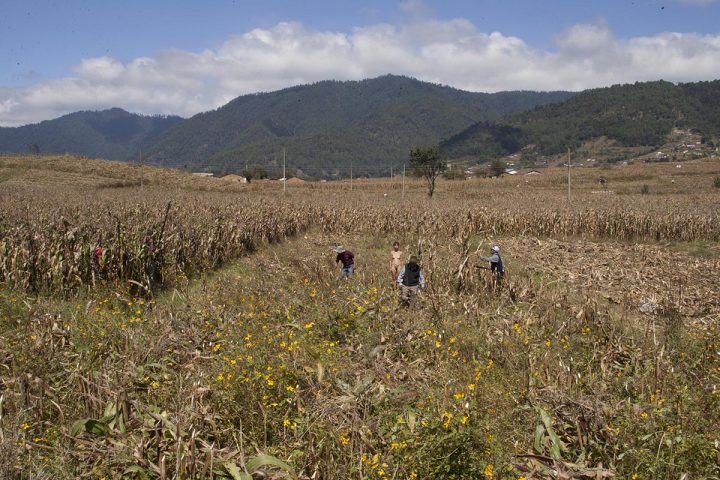 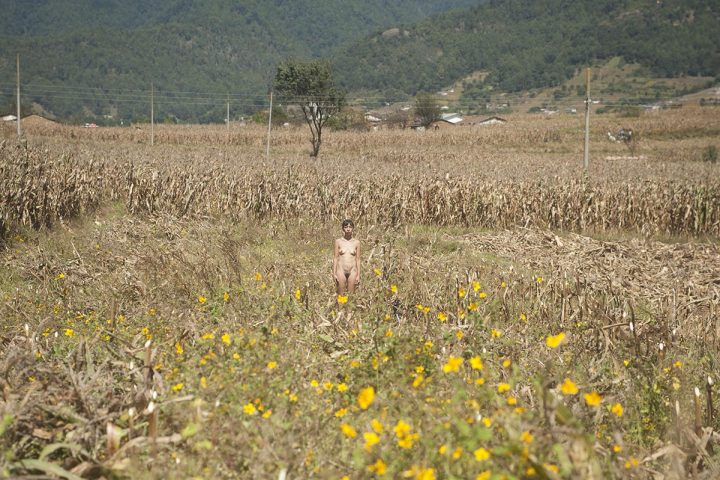 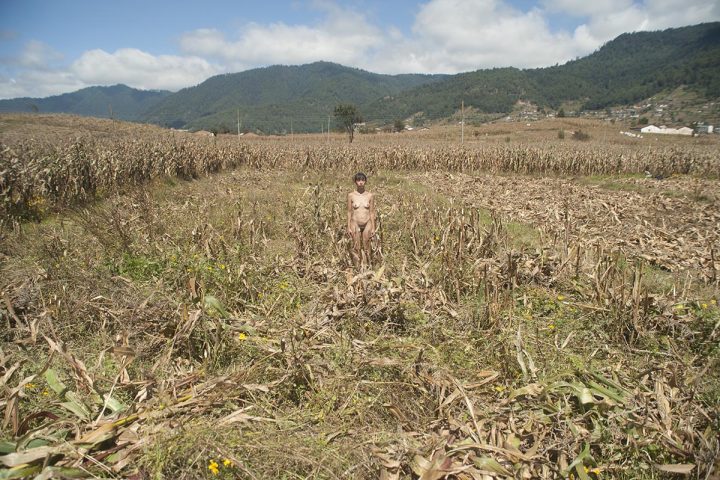 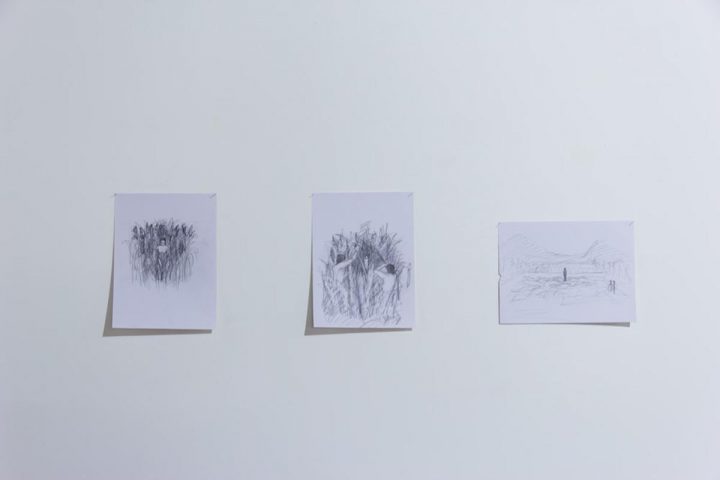 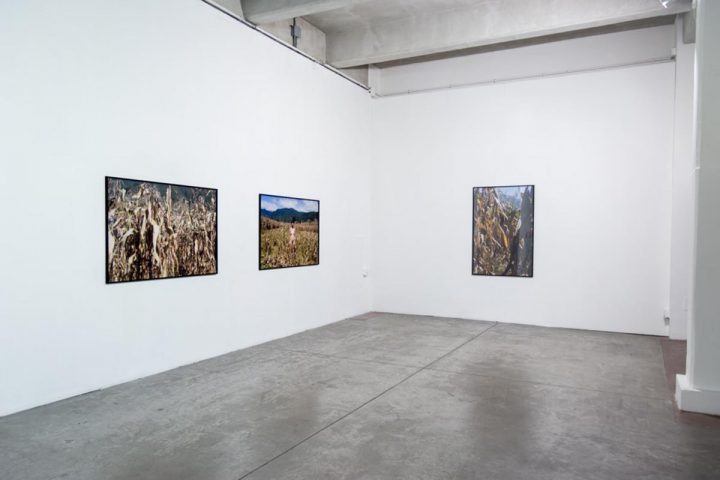 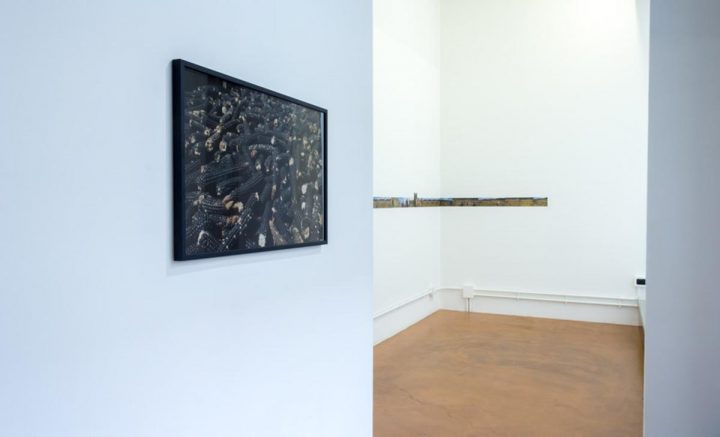 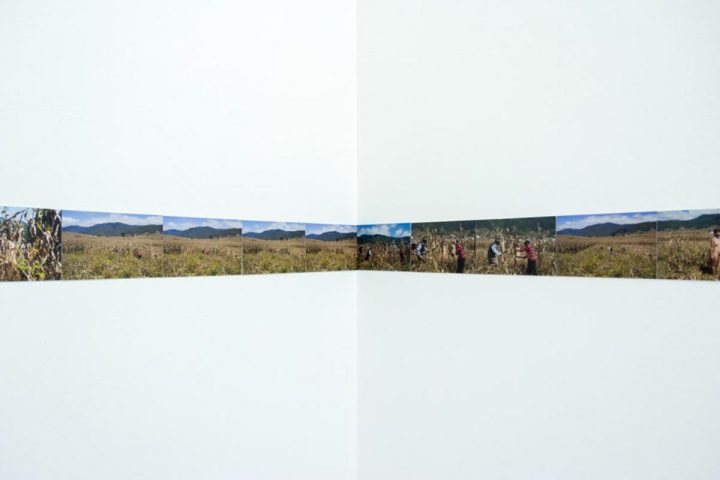 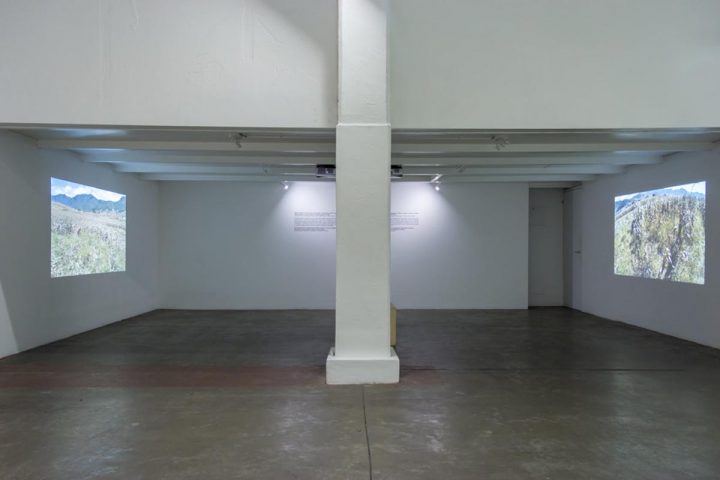 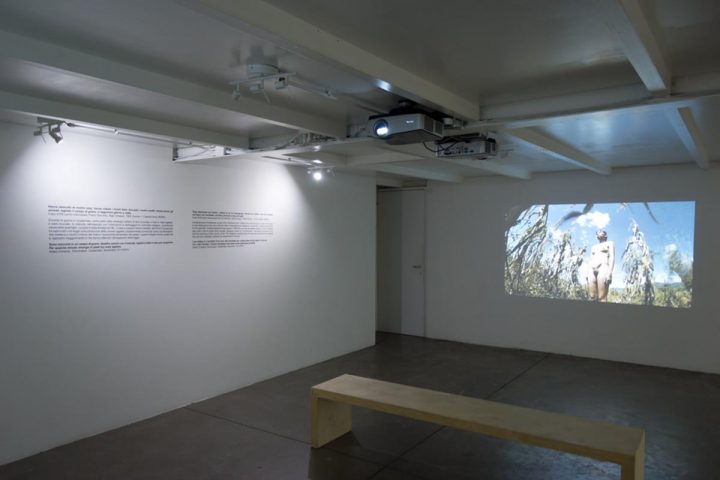 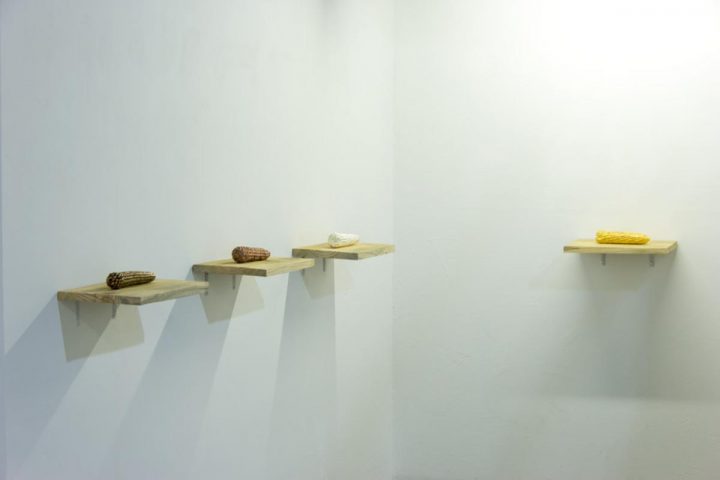 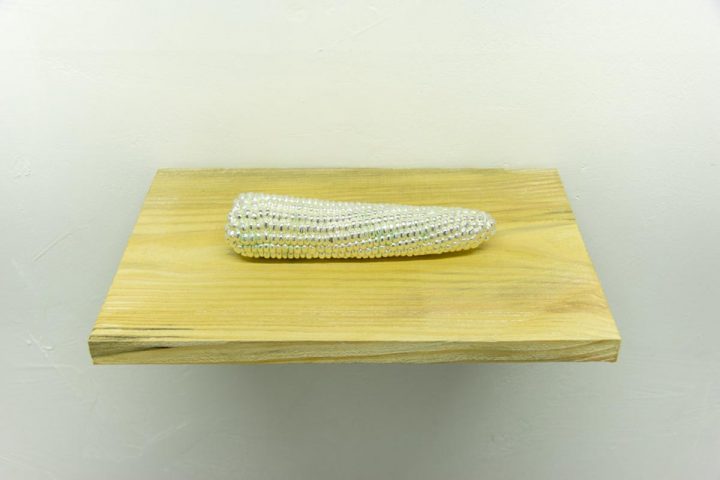 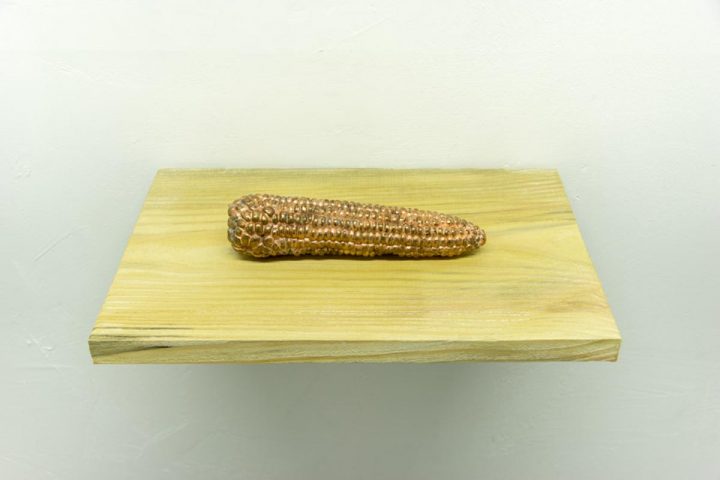 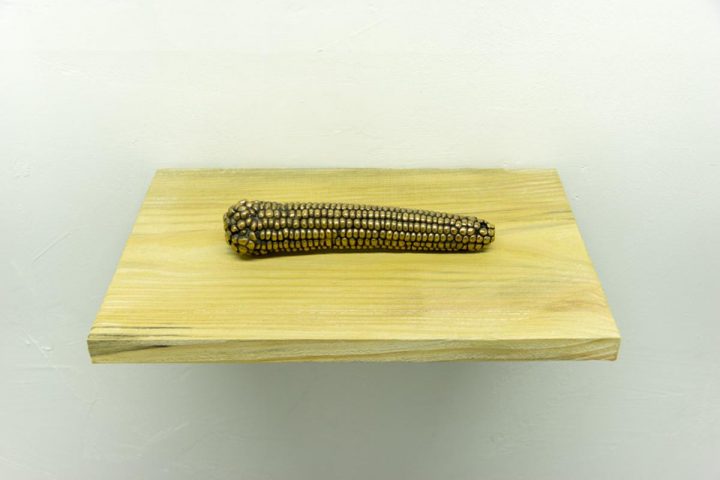 They destroyed our houses, they stole our possessions, the burned our clothes, they took our animals, they razed the corn, they persecuted us night and day.
Case 5339 (male Achí witness) Plan Sánchez, Baja Verapaz, 1982. Volume 1. Third Chapter. REMHI (Recovery of Historical Memory).

During the war in Guatemala, as part of the scorched earth military strategy, the corn was cut, it was burned, it was destroyed by the National Army with the intention to destroy indigenous communities that were considered guerrilla bases. The peace was signed in 1996. The corn resisted. The villages resisted. In 2014, the Congress of the Republic passed the Ley de Protección de Obtenciones Vegetales, popularly known as Ley Monsanto. This law put at risk the future of corn and, thus, the future of the self-sustainability of the country. It was the indigenous villages that were the most resistant to the law, eventually achieving its repeal.

I remain hidden within a cornfield. Four men use machetes to cut down the corn stalks until I am discovered. For a few minutes I stand still upon the fallen corn.