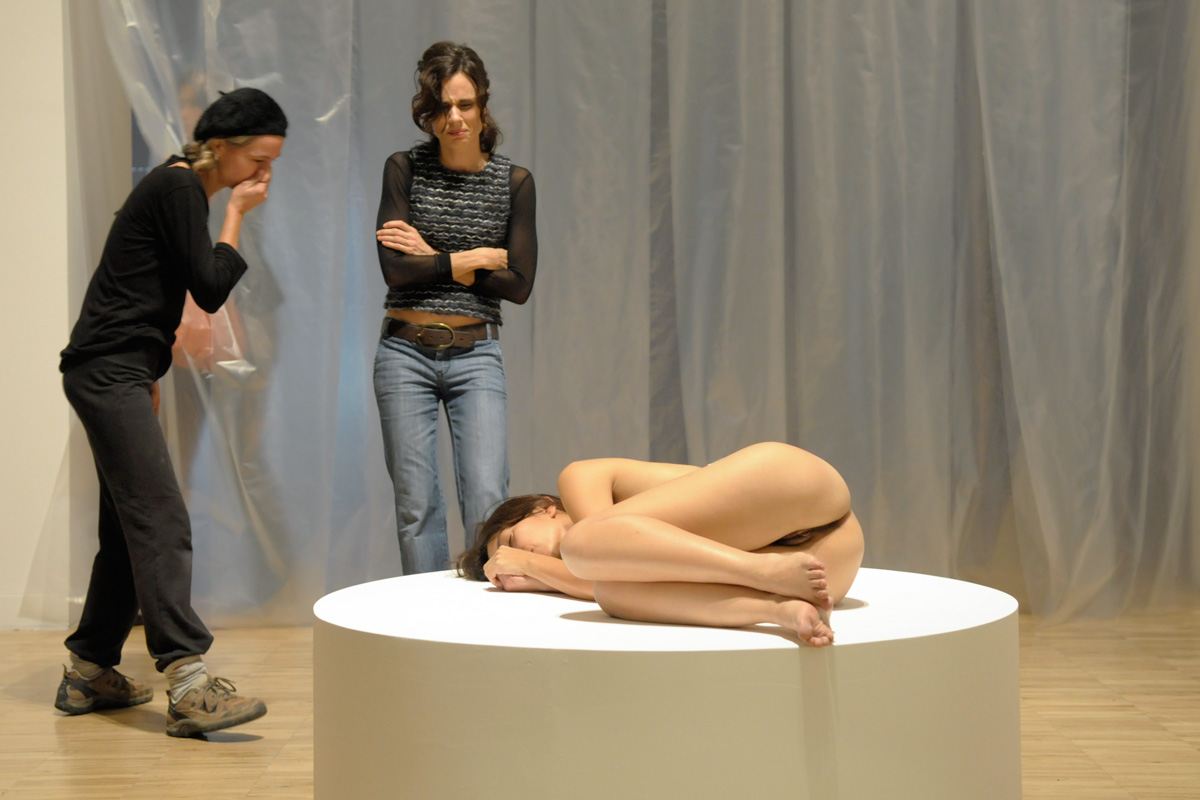 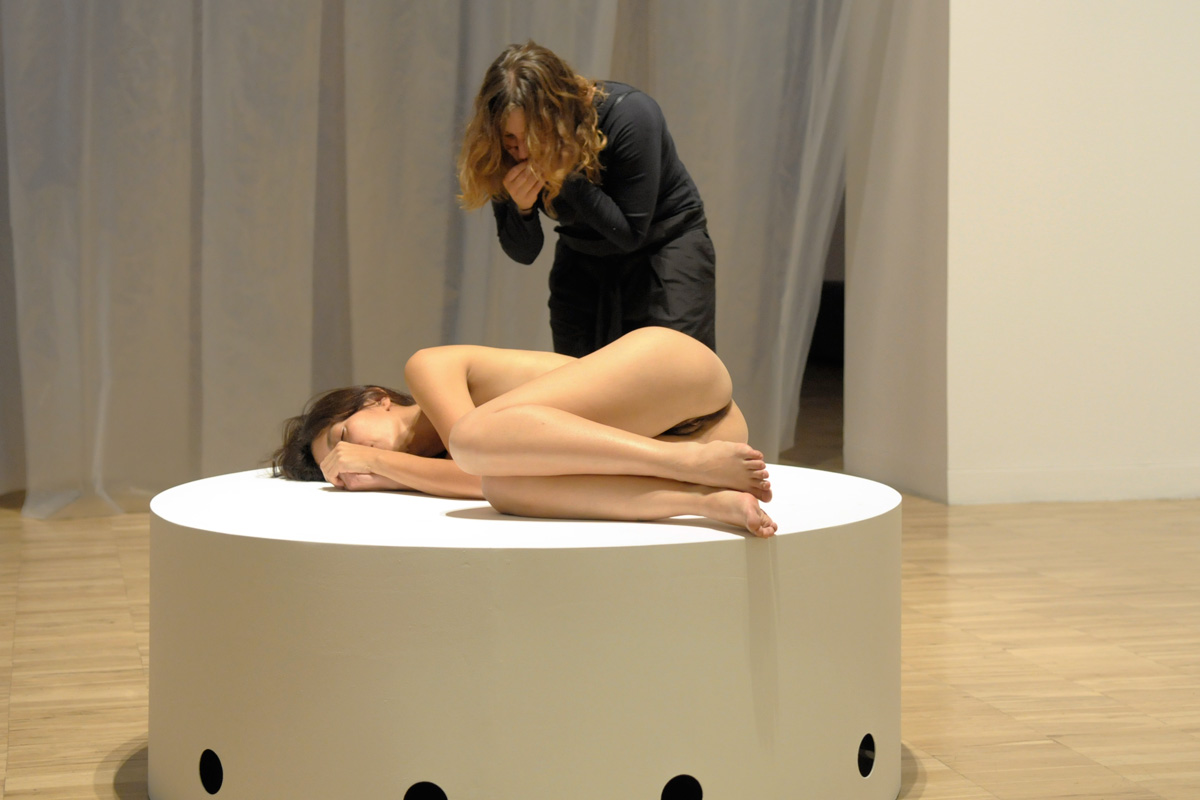 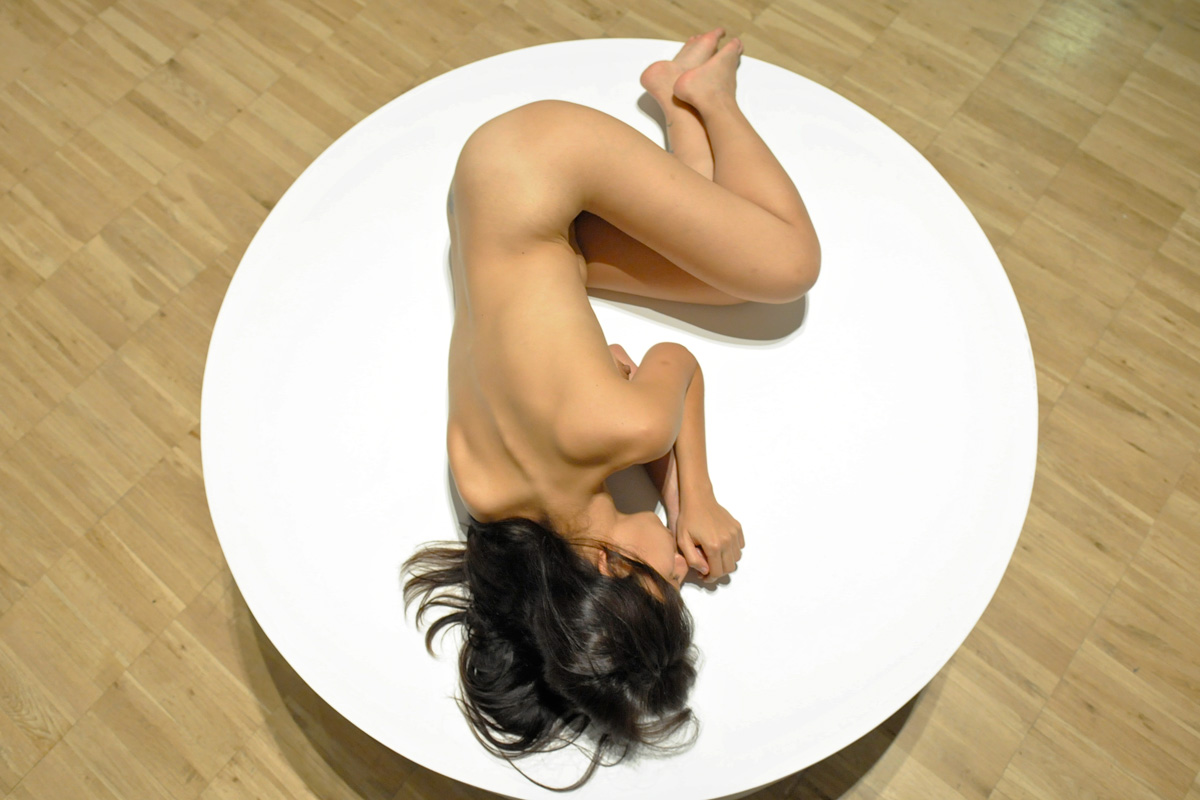 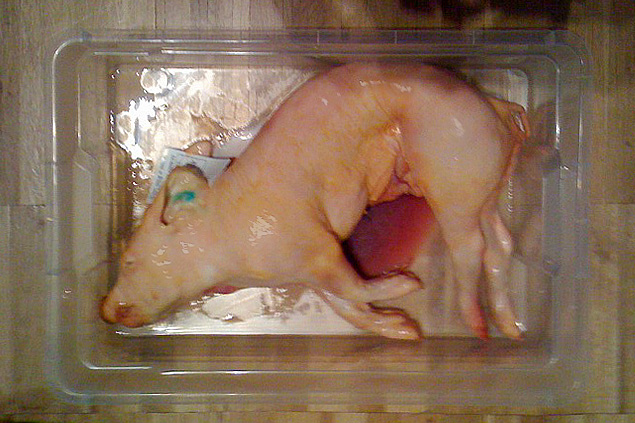 The smell of death penetrates deeper than any stench because it is the warning that death is nearby. A signal. The smell gets into the orifices and we take it as the irrefutable fact of a close death. It is proven that some insects emit a mix of chemical substances before dying, a type of universal “death smell”. These chemicals, called necromones, are made up of a mix of acids that are emitted by the insects’ bodies before dying to alert the rest of the community members.

Necromonas is a smell-based performance. My body remains naked, passive, on top of a base that hides the body of a decomposing pig.