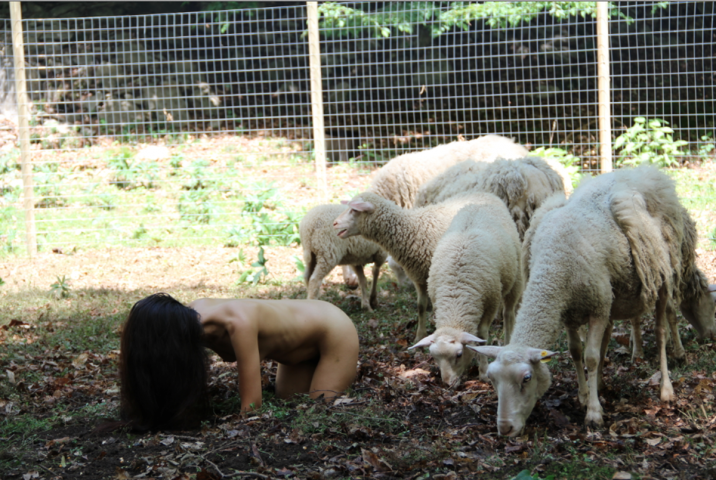 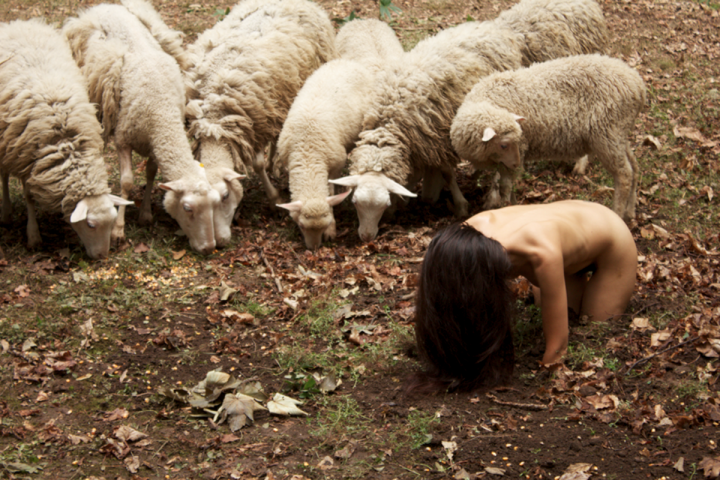 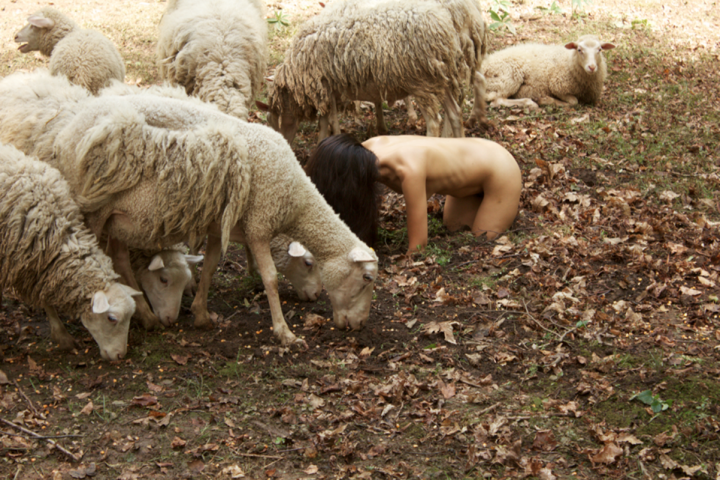 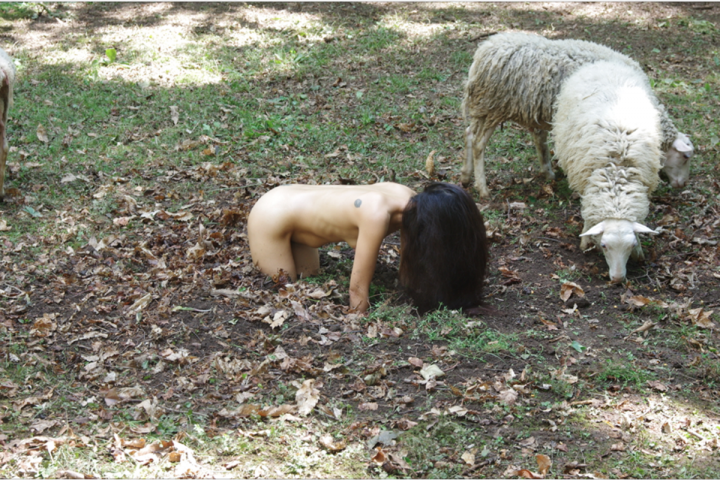 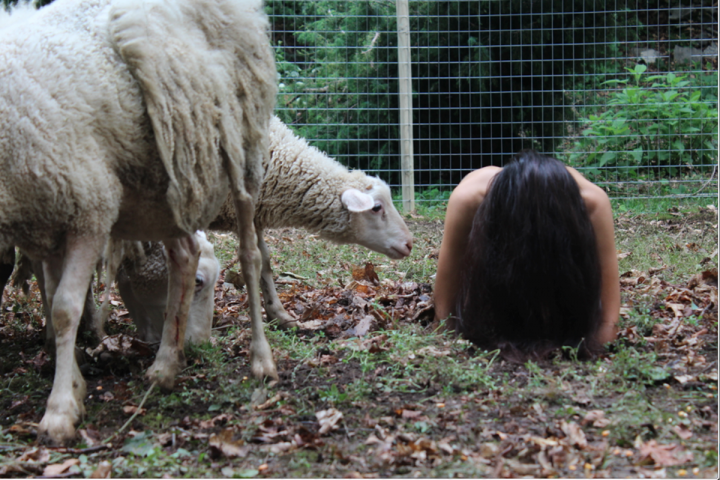 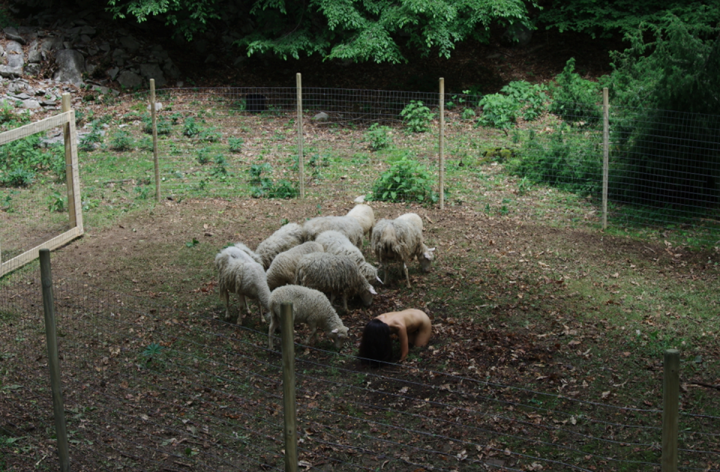 I would like for everything to resolve itself with isolating the black sheep, as well. I, too, see the black sheep. I see many. I see them all. This is the problem…
– Pasolini.

A long time ago in a faraway land there lived a Black Sheep. It was shot and killed. A century later, the flock of sheep repented and erected an equestrian statue that successfully remained in the park. Henceforth, each time that future generations of black sheep appeared, they were quickly passed over by the weapons, so that the future generations of communal and mainstream sheep might learn from the sculpture.
– Augusto Monterroso.

I remain still like a sculpture on all fours in a sheep pen, my body partly buried in the earth. The sheep’s bleating is amplified.