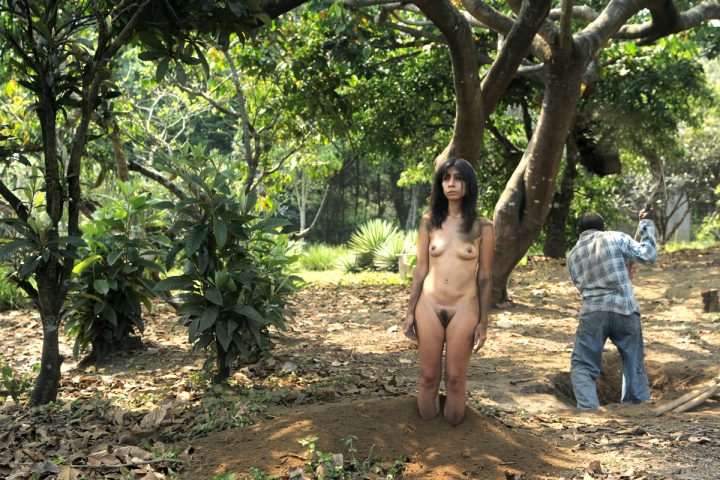 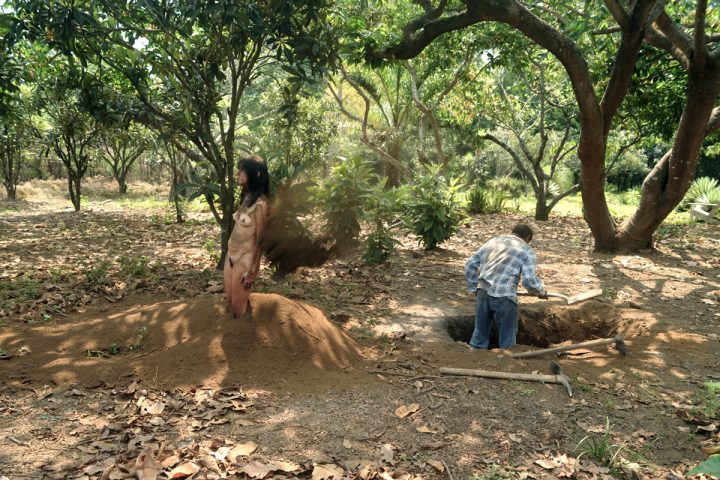 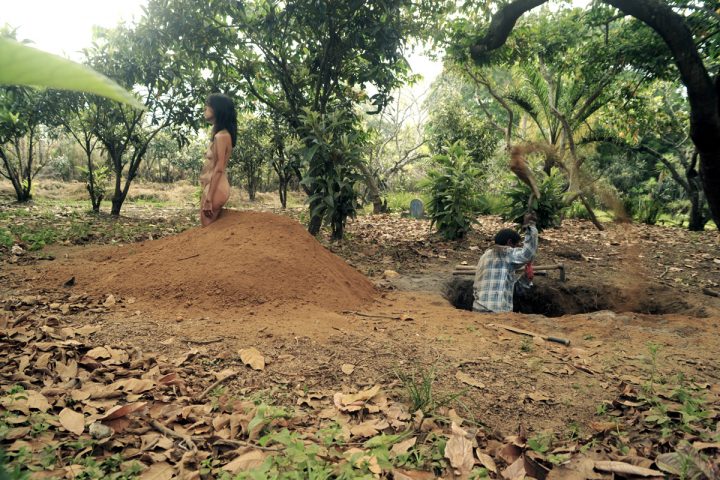 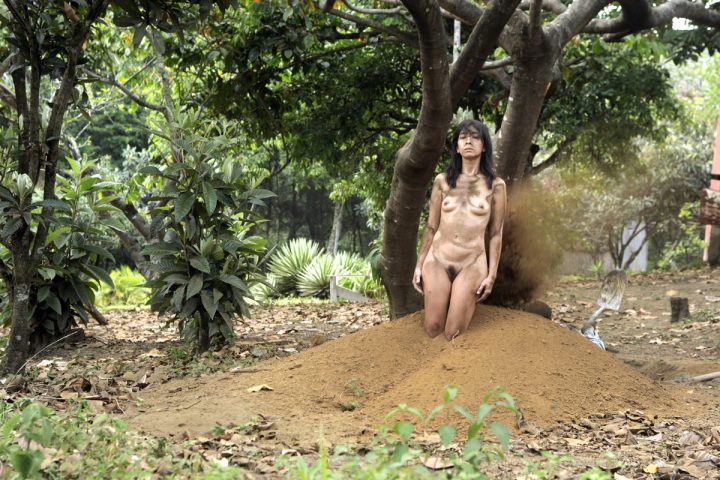 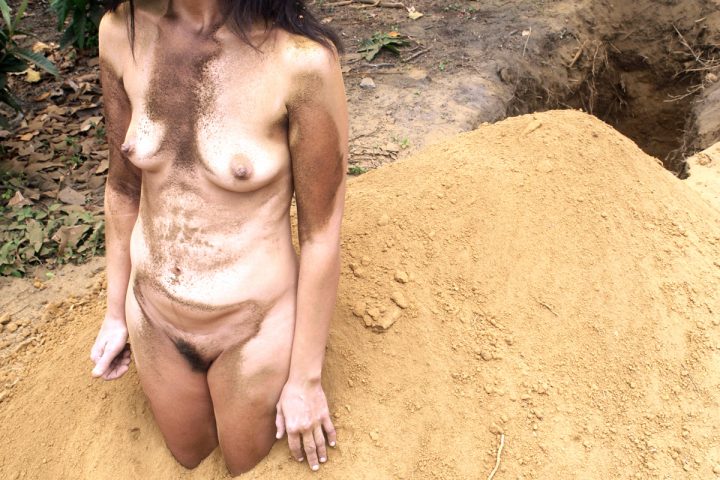 “The danger of beauty is its appearance. And the danger of the landscape is that it swallows reality – sublimates misery.”
— Mario Monteforte Toledo

From behind we see life passing. From behind we await death. From behind, alongside a man that excavates a grave, a woman remains standing up. They never see each other, he digs a hole, an emptiness, she receives the earth that he shovels until she is buried.