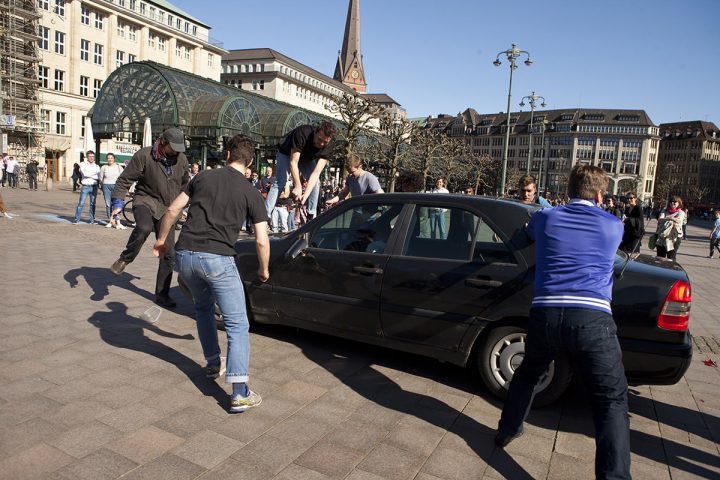 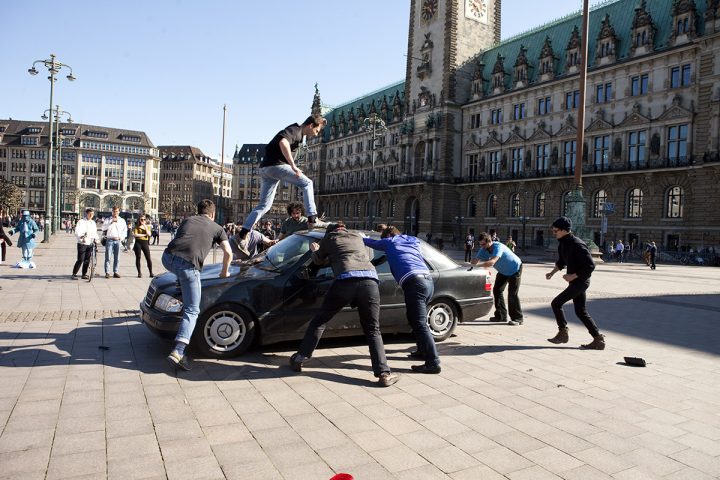 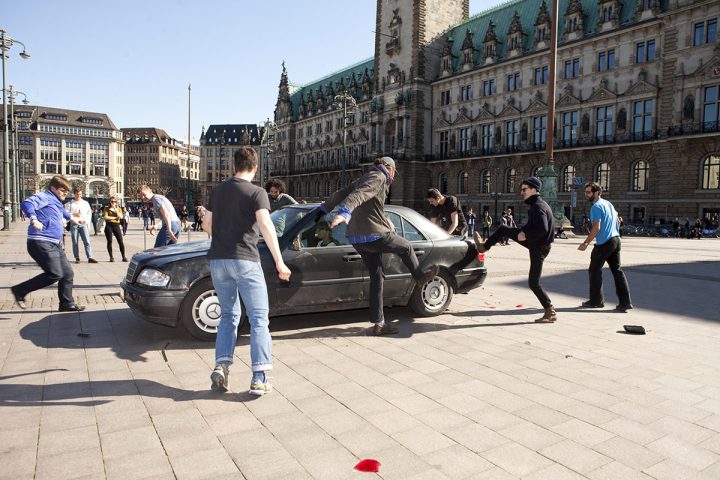 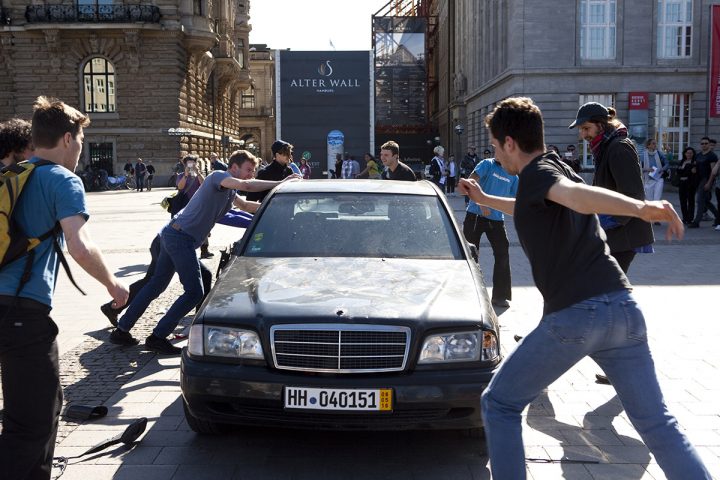 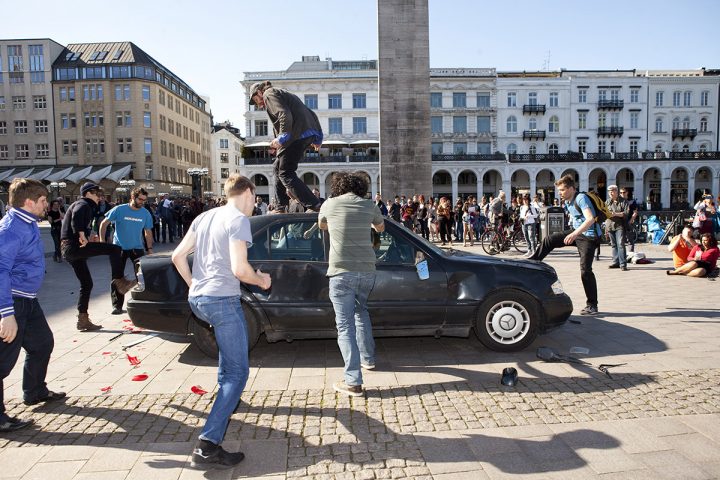 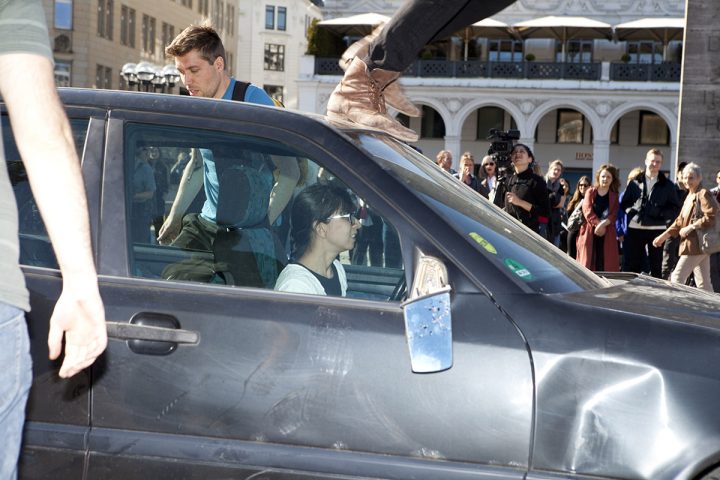 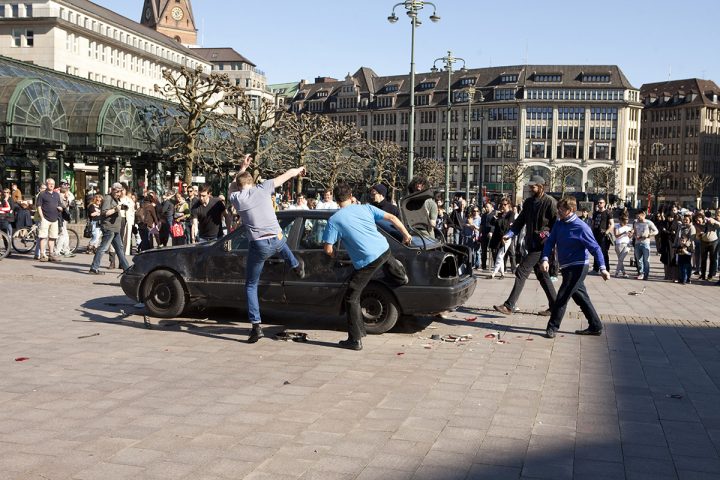 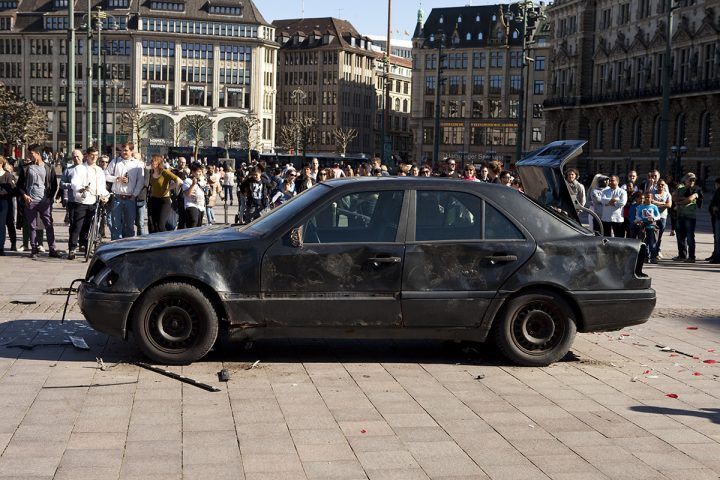 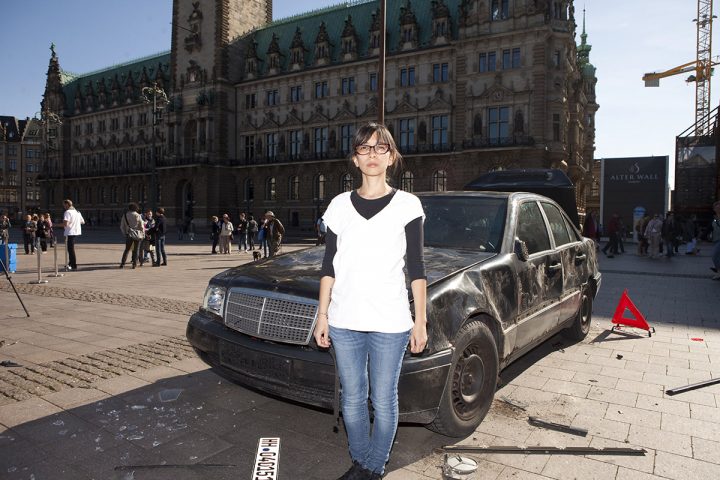 For many refugees coming to Europe, Germany is an expected destination. For decades, thousands of people have arrived on German soil demanding asylum, but recently the situation has begun to change. Some people think that it is all too much (too many immigrants, too many refugees). Many regulations are making it increasingly difficult for non-citizens to stay in Germany, creating many tense situations.

I am driving a Mercedes Benz when a group of young German men approach me. They begin to shake and hit the car until the alarm is activated. The alarm was previously manipulated to sound like a war alarm.