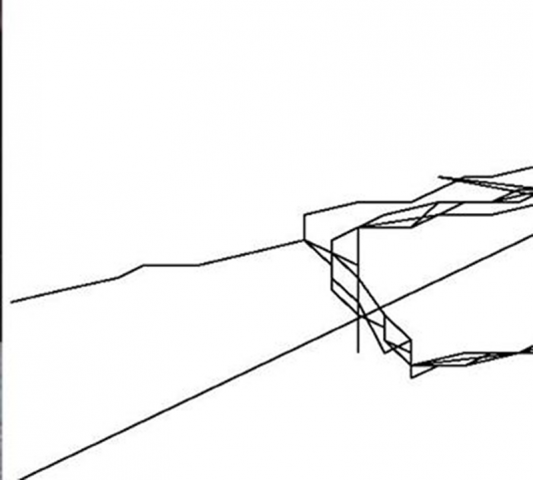 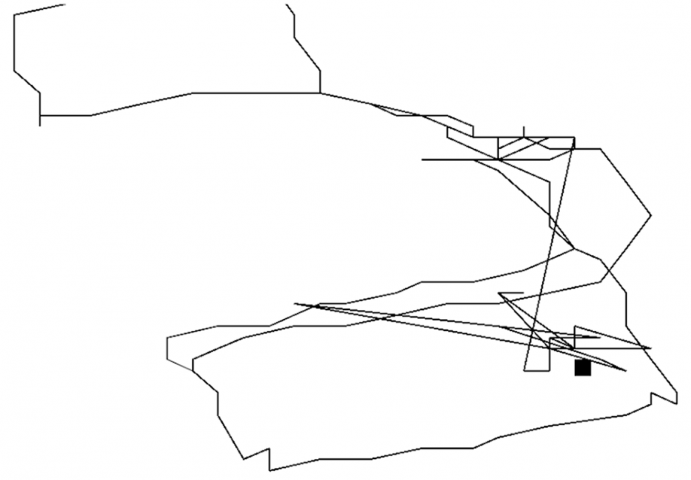 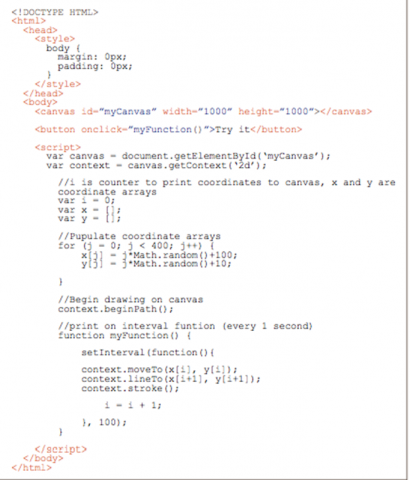 I left looking for new paths
new routes
new life.
I left half of myself behind
to also leave behind hunger, death, fear
but fear did not abandon me.
It follows me
pursues me
controls me
never leaves me
follows my steps
follows my tracks
it is my shadow.

Every day, thousands of individuals attempt to cross the U.S. border. The United States Department of National Security is experimenting with a new form of monitoring and catching people who cross the border illegally. The project, known as RGV 250, consists of attaching GPS-enabled ankle braces to migrants caught illegally crossing the border, and aims to catch more migrants than in past years.

Drawing made from the movement recorded by the GPS attached to my ankle.

Project made possible thanks to the collaboration of Enrique Descamps and Inner Orbit Studios.
Commissioned and produced for the exhibition Bearing Witness in the Van Every/Smith Galleries of Davidson College.
Curator Lia Newman.
Coding Enrique Descamps.